Do you know why?

It is because a lion is strong, a lion is courageous, but most importantly, a lion is fearless.

So, if we want to become a lion, we must become fearless.

Hmmm… how do we become fearless?

I believe we need to be bold, be courageous and take risks in our lives. Not detrimental risks that could lead to our demise, like using drugs or spending time in toxic environments, but identifying and overcoming our fears.

Some people who consider themselves introverted, feel anxious when meeting new people. If they would dare themselves to spark a conversation with a coworker, or parent on their child’s sports team, dance practice or choir rehearsal, they could become more comfortable with coming out of their shells.

Increasing time speaking in intimate environments will eventually lead to overcoming fears tied to speaking in public. This could catapult them into speaking to larger groups, leading to opportunities that would never have arisen had they remained fearful, instead of fearless, like a lion.

In my book Rise, I sprinkled positive affirmations starting with “I can, I will, and I am” throughout the book. The more you speak positive things of yourself, the more you will expose the bravery hidden deep within and release fearlessness.

There is an African Proverb that states,

If there is no enemy within you,
then no adversary on the
outside can harm you!

Who is stopping you?
Who have you been listening to?
Worries? Or Wisdom?

Becoming fearless starts within. It starts with your mind and your beliefs about yourself. To become fearless like a lion, it is imperative you think new thoughts, take more risks, and become resilient.

A lion does not listen to a zebra, because if the zebra had any sense, it would tell the lion it is weak, it is nothing, it will never be strong, it will never become anything. The zebra, like the enemy, is terrified of your strength, trembling at the thought of your lion.

The zebra would do anything to prevent a young lion cub from fulfilling its purpose, just like the enemy. If the lion cub never grows to its fullest potential, the zebra would no longer have to live in fear.

The enemy will have nothing to fear if you never attain your purpose. However, the lion cub listens to like-minded individuals, adult lions who are successful. Then it actively practices becoming the strong, fearless lion it sees itself as. You need to get with people who can lead you to where you need to go to reach your purpose.

In the movie The Lion King, there is a scene where Scar laid a trap to kill Simba. He could not do it himself, he had to work through hyenas to cut young Simba off from reaching his purpose. The enemy will lay traps for you and work through others just as Scar did because the enemy’s goal is to destroy you.

In that scene we see young Simba roaring at a pack of hyenas. While there is another lesson to be learned about trying something before it is time and possibly hurting those closest to us in the process (Nala), I want to point out how he fully believed that he was a full-grown lion and roared as if he was one. Simba had faith, he believed in what he could not yet see: he already saw himself as a mature lion.

Have faith to step out of your comfort zone and become who you are supposed to be. If you mess up, but act in faith, I believe God will be able to save you, just as Mufasa saved young Simba from the pack of hyenas he would eventually rule over in due time.

A lion is relentless and keeps trying. No matter how difficult the hunt, it never gives up. If you fall or fail at something four times, be sure to get up five times, never stop trying. Be relentless. Be resilient.

To become fearless, you have to get comfortable with being uncomfortable. Your emotions, your fears and your mind must not control you. You are to control your mind, control your emotions and then conquer your fears. Growth does not happen when things are easy, growth happens when adversity comes. You grow best strongest when you are weak (1 Corinthians 12:9).

I believe everyone can unleash their inner lion. Unleash yours.

If this has helped you, let me know in the comments.

If you think it will help others, share it!

As always, I love you.

PrevPreviousAre You a Sunflower?
NextGot Sleep? (6 Reason Why Sleep is Important to Your Health)Next 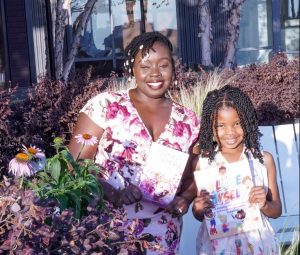 A business’s online presence has a massive impact on sales as many buyers will always look you up online before making a purchase. 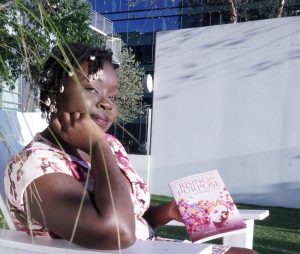 Setting Up Goals For Your Business’s Success Goals are the foundation to a solid publishing or marketing plan. When you have a goal, you have 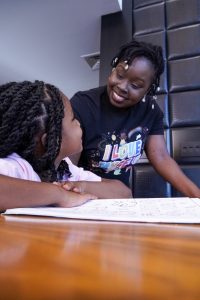 Being a published author is much more than just writing a book. Think of it, why are you writing your book? I’m sure part of the main reason is to make an impact in people’s lives.

LEARN HOW TO SELL MORE BOOKS